Current Issue Volume No: 1 Issue No: 2

Worldwide, the Chronic Obstructive Pulmonary Disease (COPD) is a major public health concern; On the basis of epidemiologic data, by 2020, COPD will be the third leading cause of death worldwide.

To assess the frequency of Microalbuminuria and the presence of Hypoxemia in patients with COPD.

Six months after approval of the protocol

Patient suffering from COPD and admitted in Department of Medicine & Respiratory medicine, DMCH, Dhaka, Bangladesh. Total 100 samples were included in this study. COPD usually presents with a history of chronic cough with sputum production or exertional breathlessness which may be associated with relevant clinical findings and a post-bronchodilator FEV1/FVC less than 0.7. In most cases it is associated with smoking

Worldwide, the Chronic Obstructive Pulmonary Disease (COPD) is a major public health concern; on the basis of epidemiologic data, by 2020, COPD will be the third leading cause of death worldwide and the fifth leading cause of disability. 1, 2, 3Like other countries, in Bangladesh, it has become an important cause of morbidity and mortality with prevalence of 21.24% at the age of 40 and above & in general population it is about 4.3%. Usually patients with COPD present to the physicians mostly due to respiratory illness, but may present with a number of non-respiratory symptoms. Among them cardiovascular morbidity and mortality are mostly highlighted. 3, 4, 5Cardiovascular disease plays an important role in concerning morbidity and mortality in patients with COPD.6 Studies showed that, the degree of airflow limitation was an independent predictor of cardiovascular events, implying a causal relationship between airflow obstruction and cardiovascular disease.7,8 Although smoking is an established risk factor for both atherosclerosis and COPD, epidemiological studies have revealed that the increased cardiovascular risk in COPD patients seems to be independent of smoking habits.8,9 The mechanisms underlying the relationship between COPD and cardiovascular disease are currently unclear. Multiple causal factors leading to vessel wall damage and atherosclerotic plaques have been suggested, including hypoxemia, concurrent systemic inflammation and oxidative stress, sympathetic activation and physical inactivity.10, 11, 12, 13Hypoxemia has multiple impacts on the vascular system. The major molecular sensors for hypoxia at the cellular level are hypoxia inducible factors and haemoxygenase. Hypoxia also acts on the vasculature directly conveying its damaging effects through disruption of the control of vascular tone, particularly in the coronary circulation, enhancement of inflammatory responses and activation of coagulation pathways.14 The impairment of endothelial function represents a potential pathophysiological link between COPD and cardiovascular disease. Endothelial function as assessed by flow mediated dilatation (FMD) of the brachial artery has been shown to provide predictive information concerning the future occurrence of cardiovascular events. 15, 16, 17 Therefore, noninvasive measures of endothelial function are of major interest, with the anticipation that patients at risk could be identified early in the absence of clinically apparent vascular disease. 18, 19, 20 A recent concept is that microalbuminuria (MAB) is a marker of extensive endothelial dysfunction or generalized vasculopathy, which may lead to heightened atherogenic states.20,21 Very few studies also examined this change and found it could be a predictor of cardiovascular mortality and morbidity, particularly in COPD patients.3,4,21 One possible explanation is that endothelial dysfunction might promote increased penetration of atherogenic lipoprotein particles in the arterial wall but glycemic status, insulin resistance, procoagulant state and adhesion molecules have all been implicated in the pathogenesis.19 Considering this hypothesis the study is planned to see the correlation between microalbuminuria and hypoxemia in COPD patients admitted to a tertiary care hospital.

Six months after approval of the protocol

Patient suffering from COPD and admitted in Department of Medicine & Respiratory medicine, DMCH

In Bangladesh, no such relevant study is available to get the required prevalence value and data on the prevalence of microalbuminuria in hypoxemic patients with COPD in hospital settings. Considering 50% prevalence for this study (as prevalence is not known to us), sample size calculation was done by following statistical formula.

Due to shortage of the study time, total 100 samples were included in this study.

Diagnosed case of COPD according to GOLD criteria

History of renal disease in patients with COPD

COPD patients with cardiovascular disease, diabetes mellitus, hypertension and other comorbidities such as malignancy, or other confounding diseases.

COPD usually presents with a history of chronic cough with sputum production or exertional breathlessness which may be associated with relevant clinical findings and a post-bronchodilator FEV1/FVC less than 0.7. In most cases, it is associated with smoking.

Microalbuminuria refers to the urinary excretion of small amount of albumin (30- 300mg/24 hours).

will be defined as arterial PaO2 <70 mm Hg

Data will be summarized as relative frequencies for categorical variables, mean (SD) for normally distributed variables, for non-normal data. Pearson chi-square, was used according to the variable type and to estimate their association. Throughout the study, significance level was considered as the P-value of 0.05 or less. And all the calculations were made with SPSS 22.0 (Chicago, IL).

Total 100 patients with COPD were included in the study. Mean age was 58.16±5.4 years ranging from 50 to 74 years. Out of 100 patients, majority (42%) were from age group 55 to 60 years. Among all, 82% patients were male and 18% were female. Of 100 patients, majority (30%) were day labourers. Only 2% were unemployed. The percentage of housewives was 18%. Other 34% were businessman and service holders. Out of 100 patients 54% were from rural areas and 46% were from urban area. Majority (34%) of the patients of the study had no education. Only 14% had completed graduation or post-graduation. The percentage of completing primary or below primary was 26%. Similarly 26% had SSC or HSC certificates. Out of 100 patients, 48% had their monthly income below 15 thousand taka. Among100 COPD patients, 80% patients had habit of smoking. Almost 52% patients had a smoking history of 26 – 35 pack year. And the 18% patients had a smoking history of more than 35 pack-year. Only 6% patients were chronically exposed to biomass fuel. Table 1- Table 2

Of 100 Patients, 26% had hypoxemia. Those patients, who had PaO2 less than 70 mmHg were considered hypoxemic. Figure 2

Figure 1. Distribution of COPD patients according to having microalbuminuria (n=100) 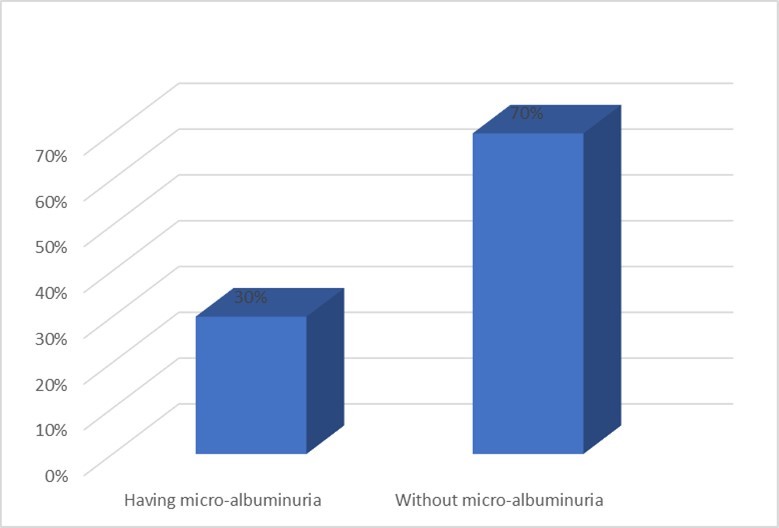 Figure 2. Distribution of COPD patients according to development of hypoxemia (n=100) 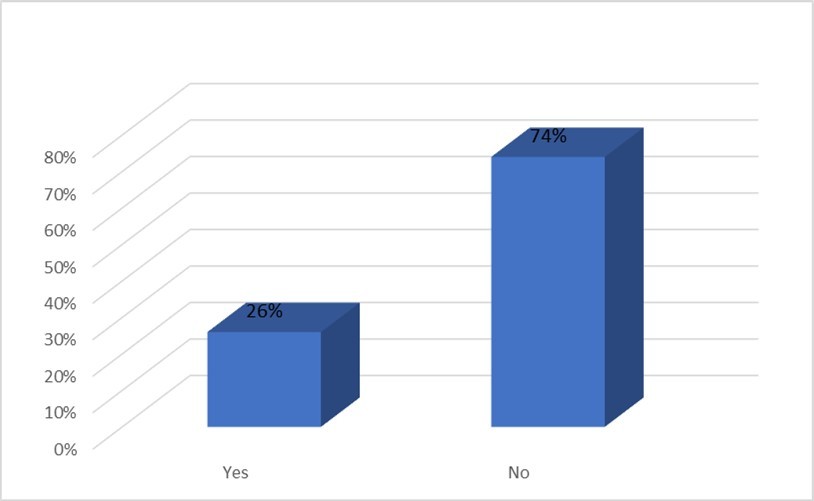 Table 3. Comparison of baseline characteristics in patients with and without microalbuminuria (n=100)

Microalbuminuria is an important risk factor for cardiovascular diseases. Microalbuminuria may be seen due to hypoxemia in patients with chronic obstructive pulmonary disease (COPD)22. This study was designed to assess the prevalence of microalbuminuria and its relation with hypoxemia in patients with COPD. Total 100 patients were included. The mean age was 58.16±5.4 years, ranging from 50 to 74 years. This is concordant with the findings of Sujay and Gajanan 23 who found a mean age of 59.67±5.60 years in their study. Majority patients belonged to age group 55 to 60 years (42%), followed by 61 – 65 years (28%). This is slightly different from the findings of Alam et al 24 who reported that majority COPD patients were aged between 60 – 69 years (27.5%) followed by 50 – 59 years (13.6%). This difference may be due to age grouping between the reports. But both the studies confirm that age is a well established risk factor for COPD as increasing prevalence of COPD is noted in higher age groups 79. In this study 82% patients were male and 18% were female. Sujay and Gajanan 23 and Bulcan et al 25 reported a similar high prevalence of male in their study. The high prevalence of male among COPD patients can be linked to high prevalence of tobacco use among male adults in Bangladesh as noted by Khandker et al 26. Majority patients were day labourer (30%), farmer comprised 16% and businessman comprised 16% of study population. Alam et al24 noted that COPD prevalence in Bangladeshi adults were about three times higher in manual workers than non-manual workers. This explains the high prevalence of day labourer and farmers in this study. Slightly more than half of the patients (54%) came from rural area. This was also noted in the study by Alam et al 24 in Bangladesh and Zhong et al 27 in China. Such community variability of COPD can be explained by connecting occupations like farmer living in rural area, use of biomass fuel in the village community and smoking habit among manual workers. Majority patients were illiterate (34%), followed by 26% patients appeared at primary education. This higher prevalence of lower educational qualification in COPD patients was also found in the study by Alam et al24. Majority of the patients came from lower income categories in this study. A similar finding was elicited by Alam et al24 in their study COPD prevalence study among the adult population of Bangladesh. In the present study, 80% of patients were active smokers. Among them, 52% of patients smoked 26 to 35 pack-years. The mean smoking pack-year was 29.62±6.41 years. A similar mean pack-year of 28.91±6.13 was reported by Sujay and Gajanan in their study entitled “Clinical significance of microalbuminuria and hypoxemia in patients with chronic obstructive pulmonary disease” 23. On the other hand Casanova 28 found a high mean pack-year of 58±25 among COPD patients in their study entitled "Microalbuminuria and hypoxemia in patients with chronic obstructive pulmonary disease”. In the present study 38% patients had severe COPD (GOLD stage III), 32% had moderately severe COPD (GOLD stage II), 16% had mild disease (GOLD stage I) and 14% had very severe disease (GOLD stage IV). In contrast Sujay and Gajanan (2) reported 25% GOLD Stage I, 21% Stage II, 20% Stage III, and 34% Stage IV COPD cases in their study. Stage IV cases were higher in their study in comparison to present study. Alam et al (3) in their study entitled “Prevalence and determinants of chronic obstructive pulmonary disease (COPD) in Bangladesh” found that among 13.5% cases of COPD 8% had GOLD stage II disease, 2.7% had stage I disease, 2.3% had stage III disease and 0.6% had Stage IV disease. Their study was community based and depicts the proportion of COPD severity in the community. In contrast the present study as well as the study by Sujay and Gajanan23 was conducted in a hospital setting where advanced cases COPD cases usually get admitted. Microalbuminuria (MAB) was found in 30% patients. This is concordant with other studies: Mehmood and Sofi (8) reported MAB in 20.6% COPD patients and Sujay and Gajanan23 reported MAB in 30% patients. Casanova27 compared presence of MAB in COPD patients and non-COPD smoker controls and found higher prevalence of MAB among COPD patients. In a study by Bulcun et al., 25 it was found that the prevalence of MAB is 39%. In the present study, majority of COPD patients with MAB had GOLD stage of III (40%) and Stage IV (33%), and this association was statistically significant; P = 0.025. In a study by Casanova et al., 28 any association between MAB and spirometric severity of COPD was not observed. Mehmood and Sofi 29 found that COPD patients with MAB had significantly lower levels of FEV1which is similar to finding of present study. In the present study COPD with MAB patients had mean FEV1 % predicted of 37.40±14.48which is significantly lower than those without MAB (59.34±22.78). 26% patients were in hypoxemic status in this study. MAB was significantly more in COPD patients having PaO2 below 70 mm Hg as compared to COPD patients having PaO2 above or equal to 70 mmHg (86.7% vs. 13.3%, respectively, P < 0.001), which indicates COPD patients with MAB were more hypoxemic. In a study by Sujay and Gajanan a Casanova et al. 28 and Mehmood and Sofi, 29 patients with COPD and MAB were more hypoxemic than those without MAB, and it was inversely related to PaO2.

Limitations of the Study

This was a single-center study.

The sample size was not representative

Depending upon the study findings, a further case-control study is recommended.